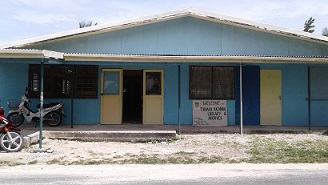 The Tuvalu National Library and Archives was established in 1978 and operate as a department under the Ministry of Social Services. It then officially opens its services to the public on 1st September 1978. This came about as the call from the concern Government for setting up of an institution to ensure that our documentary heritages are safeguarded as evidence and for research purposes. Tuvalu needed a department to control and looked after Tuvalu Public Records that were deposited in the Western Pacific Archives. Also as a newly born nation Tuvalu needs a library to build the literacy level capacity of its people.

In July 1978 a shipment of creates were offloaded in the Funafuti wharf. These creates contains more than 200 boxes belonging to Tuvalu. It was later identify that these were Tuvalu Public Records that was kept in the Western Pacific Archives. However, these boxes were transfer to the Government building vault and under strict supervision by the Archivist/Librarian.